Cruelty to animal may be an indication of violent behavior 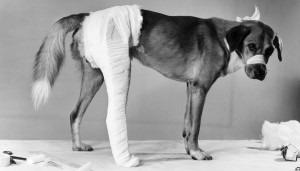 Studies show cruelty to animals and violence towards people has a common theme. Victims are living things, feel the pain, and may even die from the action of someone else. Recent research establishes a connection between animal abuse and violent behavior towards family and the community.

Exposure to violence towards animals during early childhood normalizes the behavior as they grow older. People become comfortable with repeated incidents and consider it as a part of life. Repeated behavior unfortunately desensitizes the spectator as well as the perpetrator.

Many experts now consider cruelty to animal as a predictor of violent behavior in the future. A child’s abusive action towards a home animal can turn him or her against people including their own family members as they grow older. A child to act aggressively towards a family pet may be caused by peer pressure, eagerness to experiment, or even due to mood swings. A study of series of recent school shootings in the United States found that in most cases the violent behavior started with violence towards animals in their early lives. Those who committed cruelty to animals later turned against classmates, teachers, and even parents.